Fruit contains many nutrients and vitamins essential to health. Eating fruit is an essential part of a healthy balanced diet.
Kiwis Hayward, Kiwifruits -30 Seeds- Delicious Healthy Fruits in Your Gardens has been added to your Cart

Early Richmond Cherry Tree is a heavy-yielding fruit tree with ornamental qualities. Use one as a specimen tree for your yard, fruit tree for your garden or even as a pretty shade tree to relax under during those hot summer afternoons. There’s nothing like having your very own cherry tree. A profuse bloom of abundant white flowers in the spring will welcome summer like no other tree in your yard. The glossy dark-green foliage will fill out your tree, and soon a sumptuous feast of succulent, sun-warmed cherries will be within your reach. Again, there is simply nothing like it! Your Early Richmond Cherry Tree ripens a week earlier than other cherries, so you won’t have to wait to partake of its delicious bounty. In fact, it’s the first sour cherry available in late spring. The round, bright red cherry has a delicious tart flavor that is perfect for pies, cobblers, dessert sauces, preserves, and jams. If you choose to leave the fruit on the tree, your songbirds will be sure to thank you for the special treat. Early Richmond Cherry is a hardy, rounded tree that will produces prolifically for many years. It grows only 15' tall with a span of 10'-20', so won’t take up much space in your yard. In fact, it can be held to almost any height with summer pruning. * Delicious, early maturity fruit * Spring flowers * Wildlife interest * Hardy Hardiness Zones The Early Richmond cherry can be expected to grow in Hardiness Zones 4–8.
View 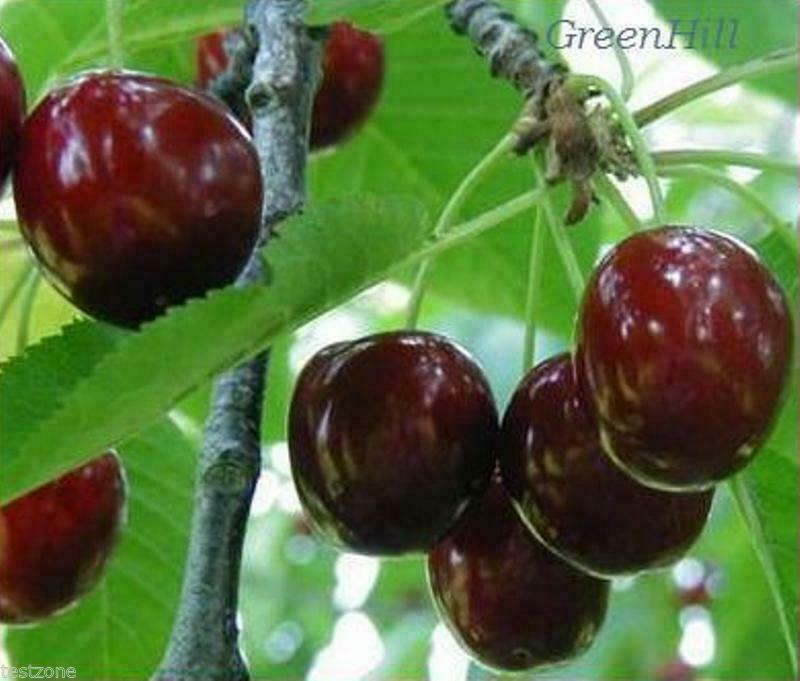 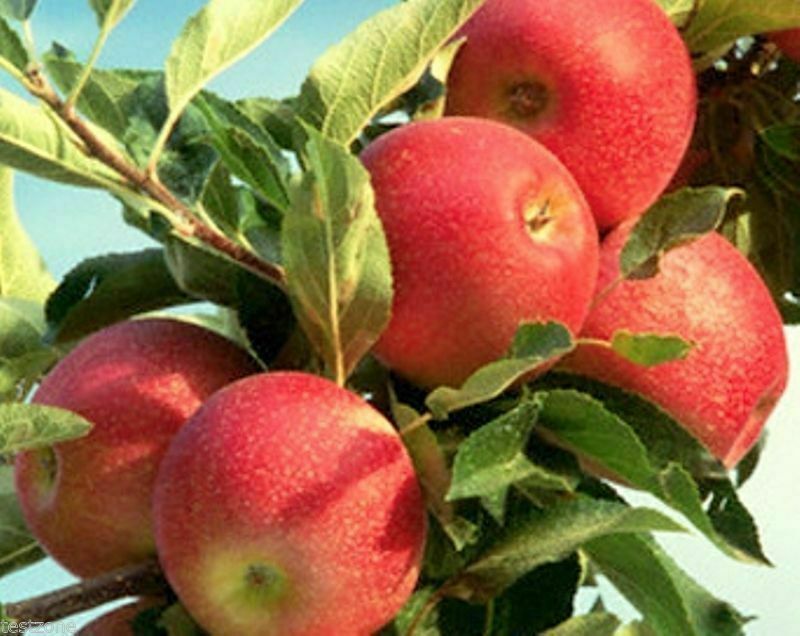 Gala Apple trees are deciduous, fruit bearing trees that grow primarily in the northern hemisphere. They prefer the dry climate and warm summers of Canada and America, and cannot be grown in the tropics, or above the Arctic Circle. There are some apple trees that are now cultivated in Australia and New Zealand. When grown in the wild, apple trees often have thorns on the branches, in order to protect the fruit. Gala Apple trees are also flowering trees, and it is the pollination of their flowers that will allow for fruit to grow. When planting apple trees in a garden, it is important to know that many apple trees do not self-pollinate. For this reason, only one apple tree in the garden may not be able to produce much, if any fruit. To solve this, plant several different varieties of apple trees with similar flowering times to allow for cross-pollination. Gala Apple trees should be planted in November, if possible. They can also be planted up to the end of March. This is when the soil is most friable. The apple trees should be planted firmly, with the soil pressed down hard around the roots. The apple trees should then be tied to a strong enough stake, for support until the roots take hold. Mulch should be applied around the base of the apple trees, to help retain moisture during the first growing period. Gala Apple tree seeds can start germinating in any seasons, indoor or outdoor when temperature is above 10 °C, It is very easy to grow, and do not need any special treatment of stratification. Growing Zones: 5-8 Mature Height: 10-15 ft. Mature Width: 8-10 ft. Growth/Year: 2-3 ft. Sunlight: Full - Partial Soil Conditions: Adaptable Drought Tolerance: Good Botanical Name: Malus 'Gala
View 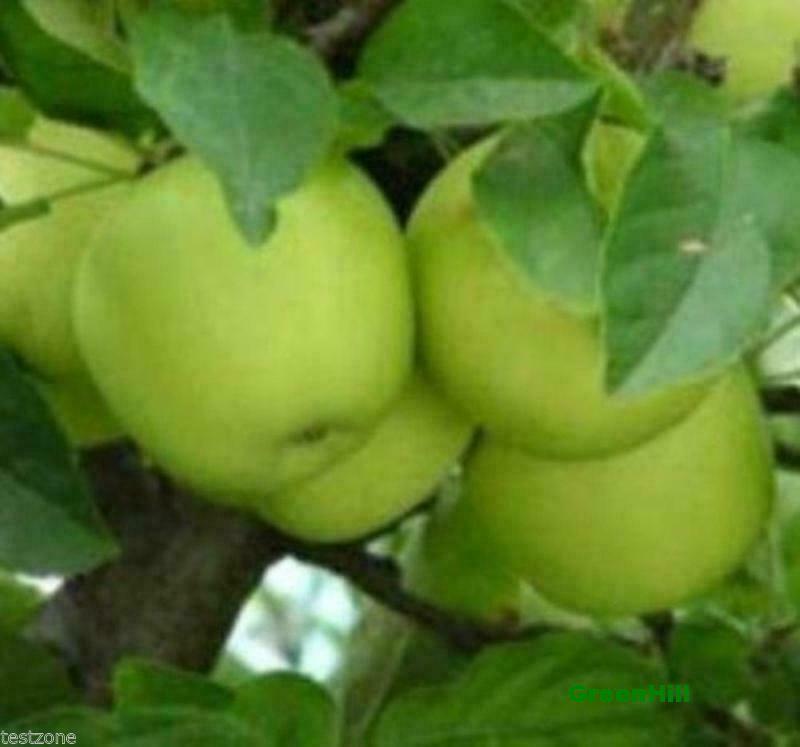 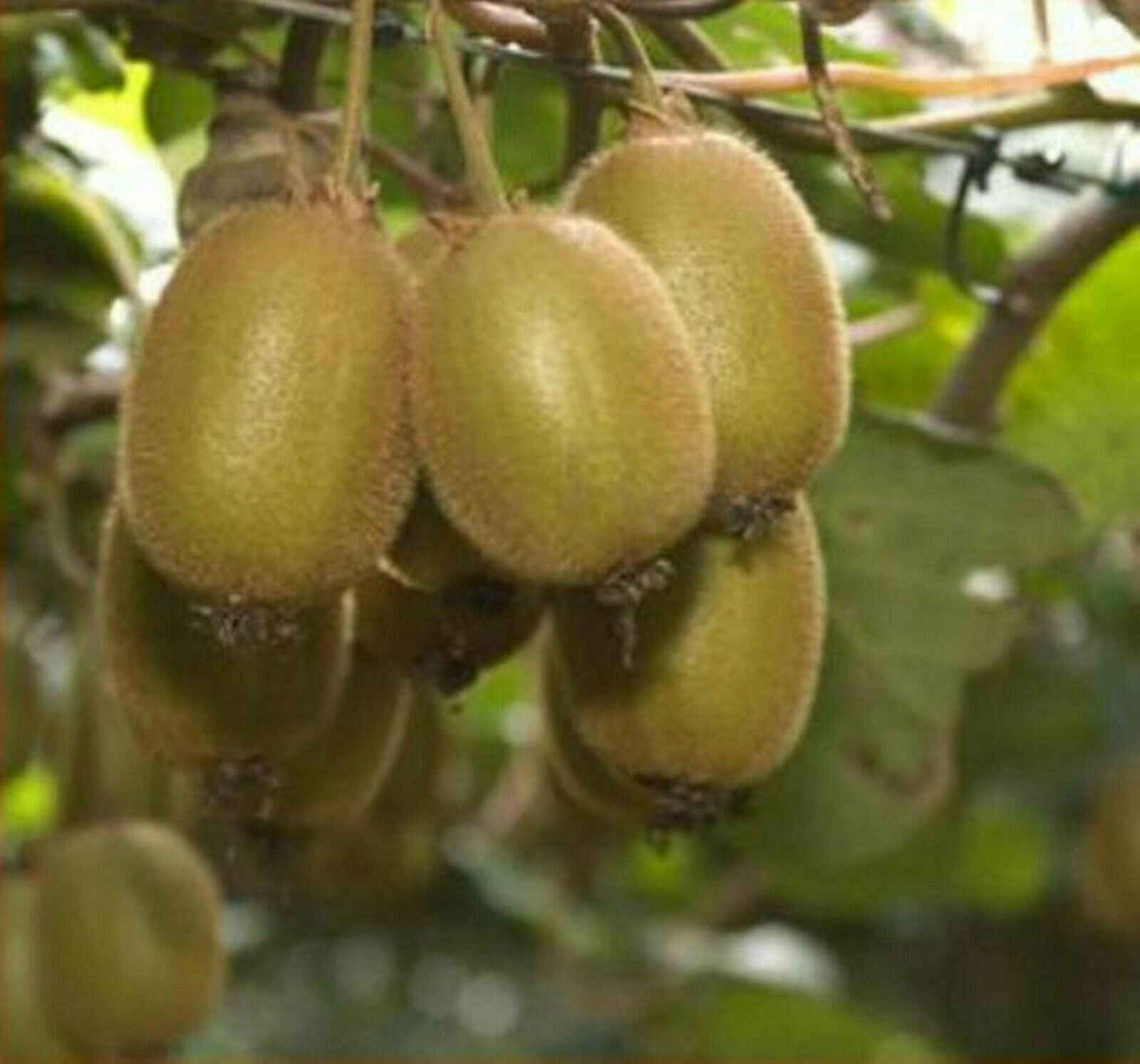 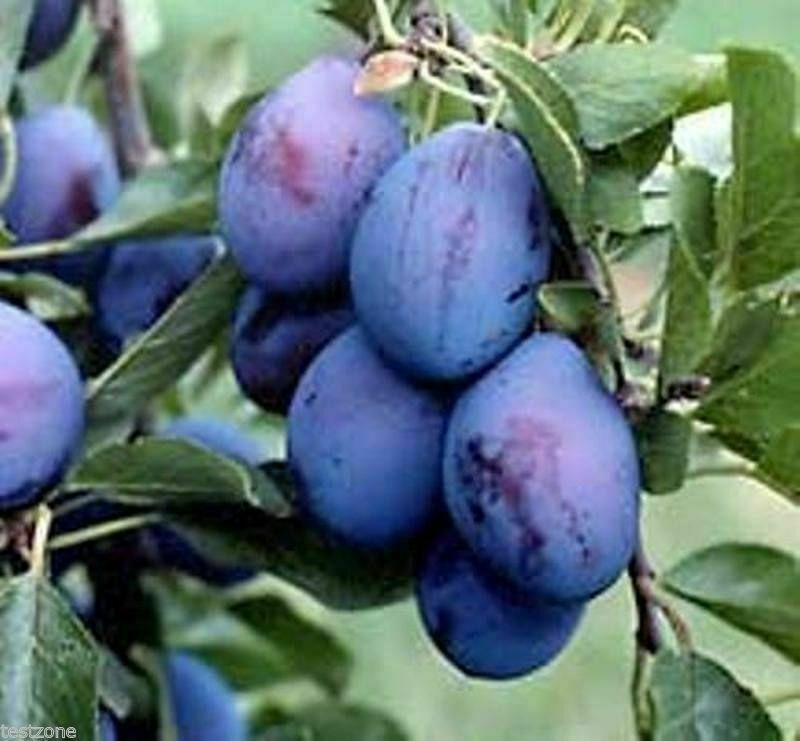 The Damson plum tree has many traits that make it a fine choice for the homeowner. These characteristics are a low and compact crown, tolerance to different kinds of soils, cold hardiness, resistance to diseases, and the ability to thrive with little or no care. The tart juicy plums are excellent for home canning. A small, vigorous, rugged, erect growing plum tree. White flowers are borne in umbel-like clusters of 2-3 on short spurs, and solitary or 2-3 in axils on one year old wood. The later spring bloom time of the flowers makes them less frost prone. The foliage is dark green. Fruit production begins in 3-4 years. This tree bears heavy crops of purplish blue juicy, tart plums that ripens in August to October. Self-fertile. The tree adapts to wide range of soil types but requires moist soil. It is cold hardy and tolerates strong winds. Rainfall and high humidity during the growing season can cause the fruit to crack. Thinning is not necessary for Damson plums. Prune only to remove deadwood, crossing branches, or fast growing shoot that appear along the trunk or branches. (zones 5-9) Height Variations: The standard grows to 20', and dwarf grows to 10' in height. Spread Variations: Standard spread grows to 20', dwarf grows to 10'. Moisture: This tree requires moist, well drained soil and is not drought tolerant. Leaves: Simple, ovate or elliptic with acute or obtuse tips, finely toothed on the margins, green and often wrinkled on top, paler and softly hairy beneath Flower Color: White Bloom Time: April. Fruit Description: Small, dark blue or purple 1" oval drupe with golden yellow firm flesh, taste can be either sour or sweet, clingstone. The fruits are good for making Damson Gin or Damson Jam.
View
Displaying 1 to 6 (of 6 products)
Categories
Berry SeedsFlowersMellonsFruit TreeVegetables
Manufacturers
GreenHill Nursery
What's New?